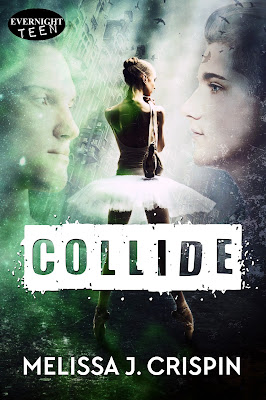 Kayla has a plan. She’s moving to the city after graduation and Luke’s coming with her. He’ll eventually become a doctor, she’ll be a ballerina—and they’ll live happily ever after. That is, until dark forces, led by a sister she never knew existed, start hunting her down for a power she never knew she had.

When Kayla starts working with a boy named Alec to learn how to defend herself and to stop the evil from eliminating the worlds, she finds herself falling for him. Hard. Torn between two loves and struggling to do what’s right for Earth and Afterlife, Kayla must decide if she’s fighting to keep her life together, or letting it go to save everyone else’s.

a Rafflecopter giveaway
Posted by Krista Ames at 3:04 PM