Lost in Wonderland
The Twisted and the Brave #1
Nicky Peacock

Read more »
Posted by Krista Ames at 8:41 AM No comments: 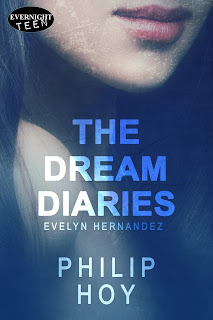 The rumor at school is that after the varsity quarterback broke her heart, Evelyn Hernandez broke his hand. Then she demolished his car, beat up his girlfriend, and smashed all the windows in his house—or so the story goes. Some say that under the long hair and blunt cut bangs, beneath the cute dresses and colorful tights, and behind the pretty face and big brown eyes … hides a black-hearted, spell-casting, evil witch.

Only Evelyn doesn’t care what people at school say, or think. She couldn’t be happier. Her bullies have been brought to justice, her parents trust her, and she has a boyfriend who adores her. She’s even returned to drawing in her journal … but that’s when the nightmares begin.

Evelyn believes her violent dreams are messages from the future. Something terrible is going to happen at her school and only she can stop it—but how, and at what price?

Philip Hoy is a high school English teacher by day and a short-story author, novelist, and poet by night. When he is not creating lesson plans or grading essays, he is writing. He lives in Southern California with his wife Magdalena, also a teacher.
Website     Blog     Facebook     Twitter

Posted by Krista Ames at 7:04 PM No comments: 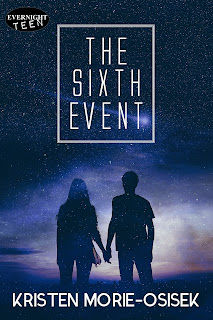 During Raquel's first semester of college, she witnesses the end of the world, only to wake up in her old room at her parents' house two years in the past. Even worse, it seems she's the only one who remembers—until Chris Lyley, a boy Raquel always thought was a loser, tells her he remembers the catastrophe.

Before long, they both discover new abilities. They're able to understand any language and teleport through time and space.  If Raquel and Chris can figure out what caused the end of their world, maybe they can stop it.

New Tour for SAVED BY THE BANG by Marina Julia Neary

SAVED BY THE BANG
(A Nuclear Comedy)
Marina Julia Neary 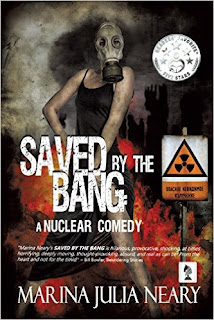 Welcome to 1980s Belarus, where Polish denim is the currency, “kike” is a pedestrian endearment, and a second-trimester abortion can be procured for a box of chocolates. Antonia Olenski, a catty half-Jewish professor at the Gomel Music Academy, wavers between her flamboyant composer husband, Joseph, and a chivalrous tenor, Nicholas. The Chernobyl disaster breaks up the love triangle, forcing Antonia into evacuation with her annoying eight-year-old daughter, Maryana. After a summer of cruising through Crimean sanatoriums and provoking wounded Afghan veterans, Antonia starts pining for the intrigues and scandals of the Academy. When the queen of cats finally returns home, she finds that new artistic, ethnic, and sexual rivalries have emerged in the afterglow of nuclear fallout. How far will Antonia go to reclaim her throne?

May 4
Sexy Between the Covers - Spotlight